It’s been fashionable to tag the moniker ‘deep house’ onto the end of anything with a four by four beat these days, from commercial Garage tracks to anything featuring a slowed down R&B vocal. Here at Traxsource, we believe there’s a lot more to it than that. We’ve seen our fair share of Deep House in our quarter of a century operating in the industry and feel we truly understand what the deeper sound of house music FEELS like. So check out our Top Deep House Artists of 2016 and see if you agree. 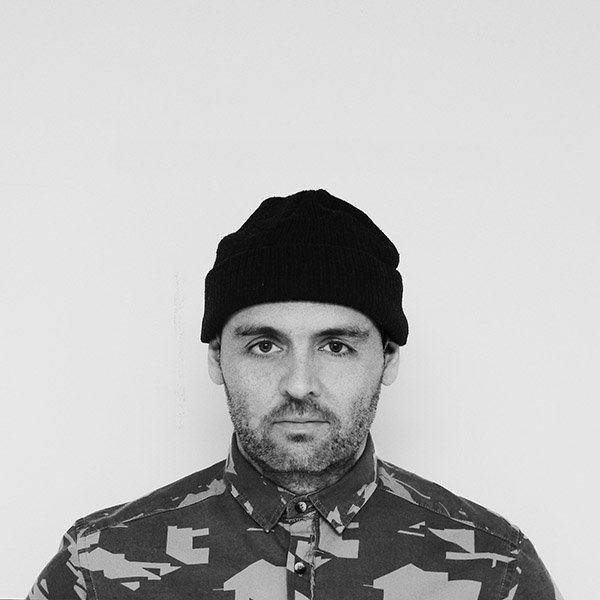 UK DJ and producer Adesse Versions enjoyed a stunning 2016 with big releases on Toy Tonics, Heist Recordings and Numbers. With a purposeful penchant for the long player, stand out productions included the sublime 4-tracker ‘Devoted’ and the 5-track ‘Push It Along EP’. 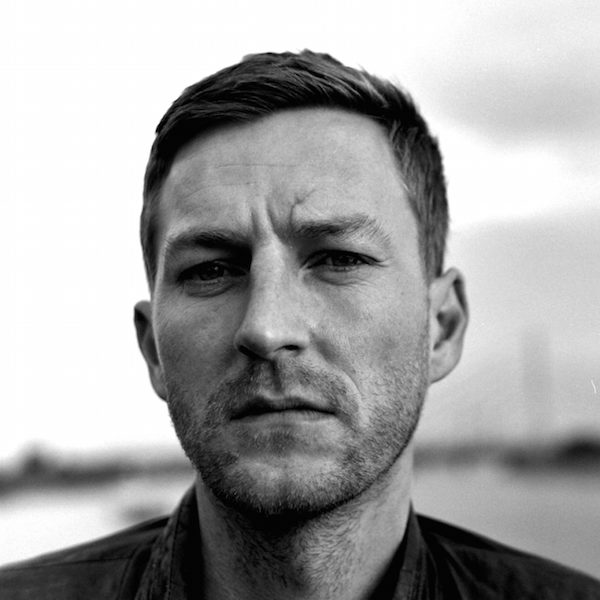 Dortmund’s very own Larse hit the ground running in 2016 with superb remixes of ‘We Can Talk’ by Satin Jackets and ‘Beach Power’ by Ante Perry. With further big releases throughout the year on suol, Defected and the stunning remix of Minako and Lovebirds ‘Delusions’ on Teardrop, it’s easy to see how Larse’s tantalising tracks made their way into the sets of the world’s best DJs in 2016. 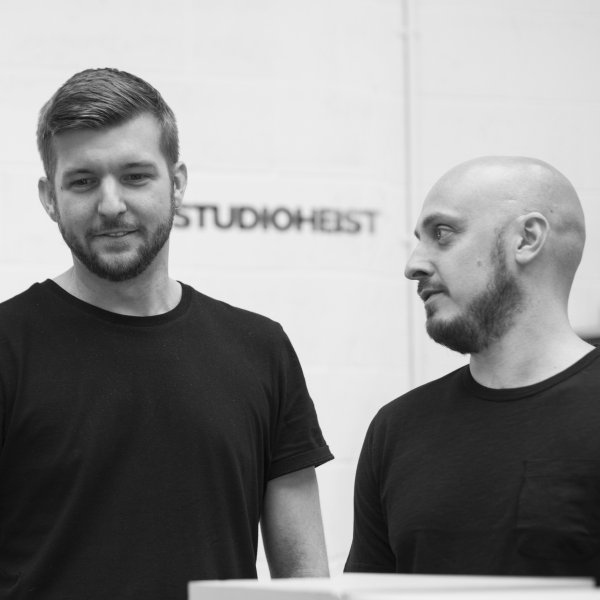 Manchester’s Scott Lee and Andy Cain aka Studioheist, really went for the jugular in 2016. With a seriously consistent schedule of releases on King Street, Nite Grooves and a slew of tracks on Large Music, big tunes for us were their remixes of Dry & Bollinger’s ‘Without You’, James Benedict’s ‘When Your Back’ and the simply stunning original production ‘All My Love’. 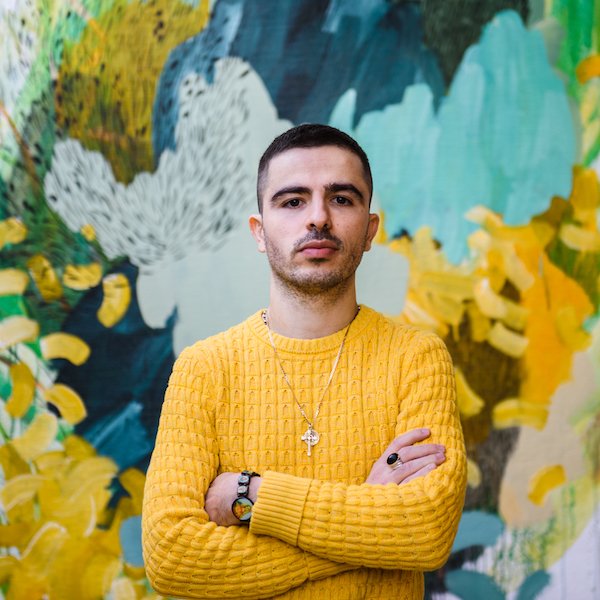 South African Jullian Gomes trademark deep beats made him a fixture on the underground scene this year. His amazing album, ‘Late Dreamer’ on Atjazz Record Company, featured 10 sonically sublime and eclectic tracks which were the epitome of everything that was good and great about the deep house scene in 2016. Keinemusik’s Adam Port has always been one of house music’s most interesting DJs and producers and 2016 was another stellar year for the Berlin based beatmaker. His record label continued to push the boundaries with it’s heavy release schedule, like his diverse 3-track EP ‘Sonnenfinsternis’, whilst his remix of Jimpter’s ‘Eel Pie Island’ was nothing short of sublime. Berlin-based Irish duo Brame & Hamo took no prisoners this year with a serious of heavy hitting releases on Toy Tonics, Dirt Crew Recordings and their very own Splendor & Squalour imprint. Standout releases include the rough and rugged ‘Kebab Dreams EP’, their remix of Harry Wolfman and Loz Goddard’s ‘Uncle Buck’ and their re-working of Kapote’s ‘Uhh Baby’. Sterling sounds, as ever. 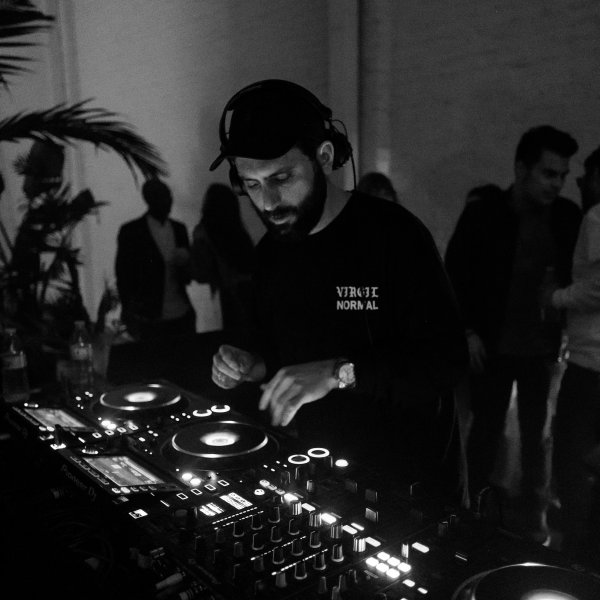 Good Ratio Music and Neovinyl Recordings co-owner Carlo came correct in 2016, with a slew of releases on Toy Tonics, Exotic Refreshment and his own imprints. His remix of the Black Loop’s ‘Cassette 7’ was a summer fixture on the world’s more discerning dancefloors, whilst ‘Infinite Improbability Drive’ showcased Carlo’s deep devotion to the dramatic drum pattern.

Deep house don Martin Eveson shows no sign of slowing down as he achieves legendary status in the scene. His label is always at the forefront of underground deep house movement, with big releases throughout 2016. Stand out moments included ‘Clockwork Rainforest’ on Sou’s ‘Summer Daze 2016’ album and serious remixes of Fred Everything’s ‘O/Her’ and ‘Searching’. A true visionary. One of the dopest producers in house music today, Till Von Sein certainly kept it prolific in 2016. With releases on suol, Classic Music, Pets Recordings and Madhouse, stand out tracks for us were the dreamy ‘Daze’, the hypnotic ‘One Time’ with Meggy and his superb ‘Blacker Than Ever’ 3-track EP. 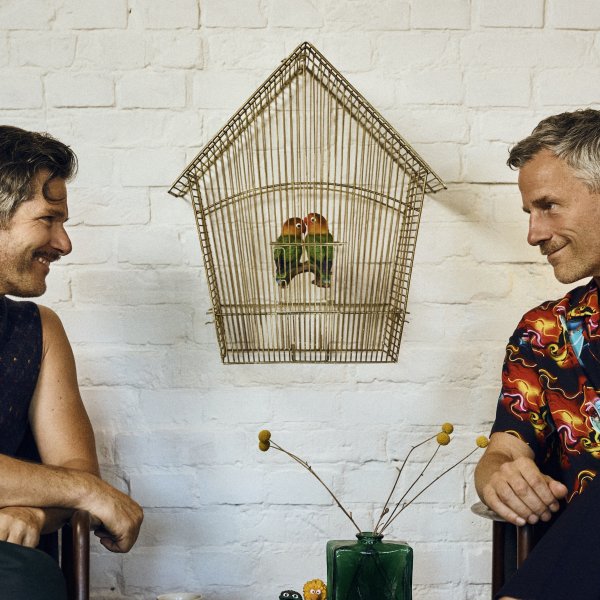 Sebastian ‘Basti’ Doering aka Lovebirds, enhanced his name as one of the scene’s most consistent producers in 2016. His label Teardrop Recordings is a true bastion of quality underground dance music, and with his ‘Love’s Like Dancin’ EP with Stee Downes and ‘The Hamburg Years EP Part 2’, Lovebirds continue to majestically soar into 2017 with panache. UK DJ and producer thatmanmonkz had without question one of the finest releases of 2016 with his genre defying album ‘Columbusing’. With a huge amalgamation of sounds and influences, this long player really catapulted the man from the Steel City into the scene’s spotlight this year. His remixes always brought something fresh to the table, with his reworking of Bertha’s ‘Huzzah’ particularly hitting the spot. 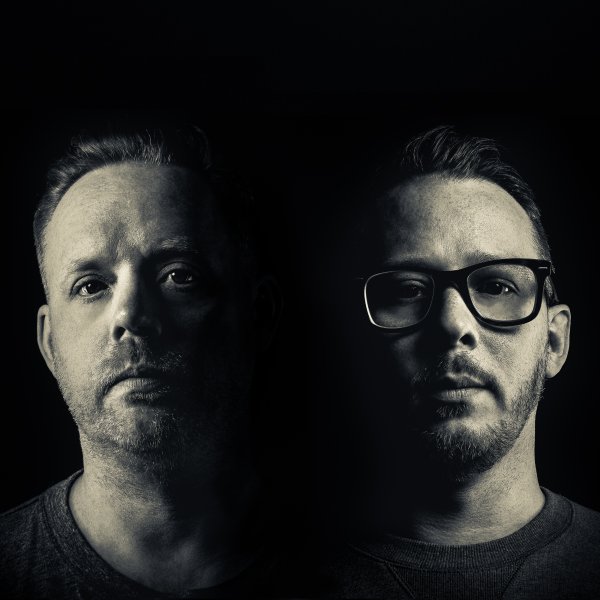 North London’s Saison are Leigh Darlow and Matthew Bandy, who showed a great level of consistency this year to break into our Deep House Top 10. With superb releases like ‘The Dukes’ on Papa Records and ‘Help Me’ on Large Music, it was ‘Do You’ on Guesthouse that turned the most heads in 2016, reaching Number 9 in our overall Traxsource chart of the year. 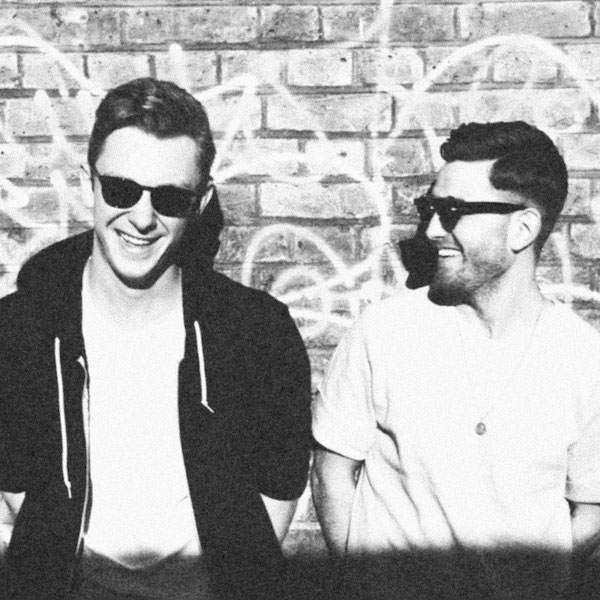 Belfast’s Bicep are a production team that need no introduction to anyone that understands top quality underground music. Their label, Feel My Bicep, continued to go from strength to strength in 2016, with stand out releases including their reinterpretation of two stone cold classics; Blaze’s ‘Lovelee Dae’ and 808 State’s ‘In Your Face’, plus their firing remix of Isaac Tichauer’s ‘Higher Level’. 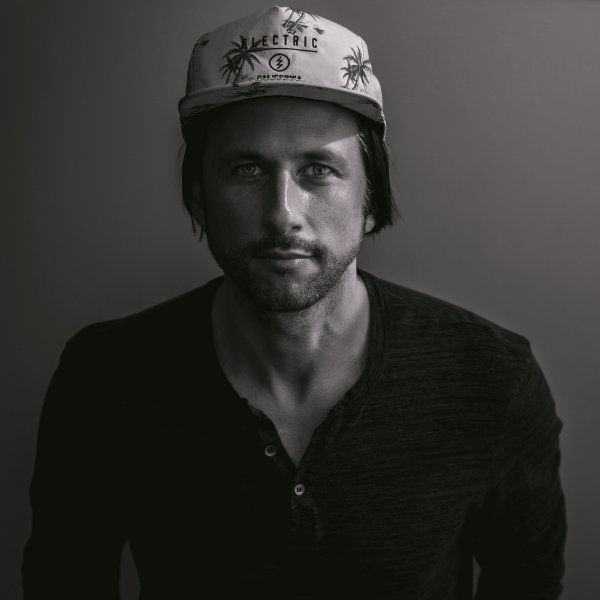 Deep house legend Miguel Migs continued his fine vein of form throughout the year with heavy hitting releases on his Salted Music label and beyond. ‘I Can See It’ with Lisa Shaw had us romantically reminiscing back to the early Naked Music days, whilst ‘Body Moves’, ‘Eyes For You’ and the recent ‘Waterfall’ all hit the deep sweet spot in 2016. 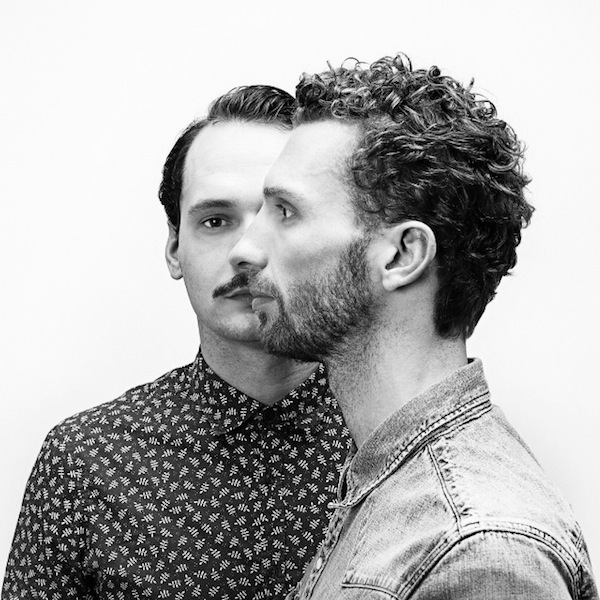 Lars Dales and Maarten Smeets aka Detroit Swindle absolutely killed it this year, with their ‘Howsmusic’ release on their very own Heist Recordings, being named Traxsource Number 1 Deep House Track of 2016. Other standout tracks this year included ‘Tori Karaage’, ‘The Circular City EP’ and their remix of Romanthony’s ‘Too Long’ on Glasgow Underground. Outstanding output all year long. 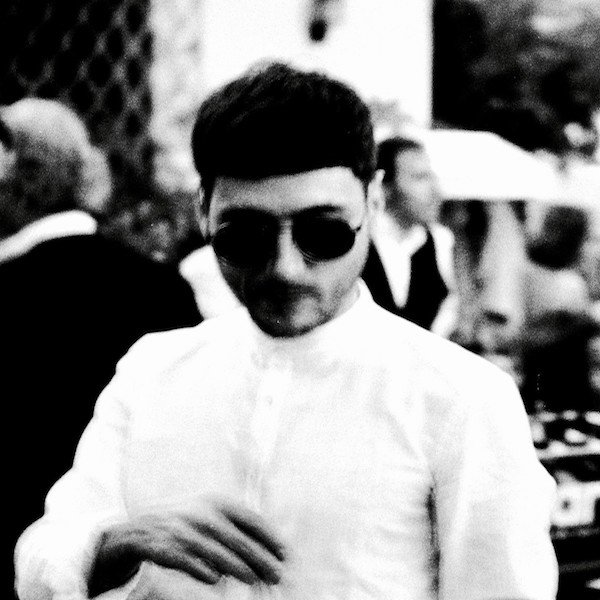 Riccardo Paffetti and Gabriele Micheli are Black Loops, one of the most unique production duos on the deep house scene today. With a truly eclectic vibe, Black Loops crushed 2016 with big releases ‘Cassette EP and’ ‘Sex’on Toy Tonics, the divine ‘Dreams’ EP on Neovinyl Recordings and finishing the year with aplomb with ‘Feel The B’. 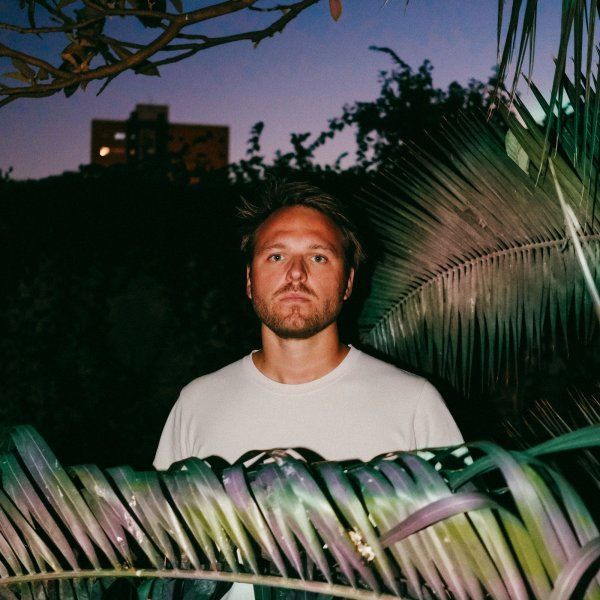 Dutch deep house don Nachtbraker enjoyed a stellar 2016, with the launch of his own label Quarter Series and a slew of heavy hitting releases. Standout moments for us included his stunning remix of The Revenge’s ‘Do The Right Thing’, ‘Backstabber’ on Dirt Crew, ‘Gotta Act to React’ on Heist and his acid infused remix of Nebraska’s ‘It Won’t Take Long’. Quality. 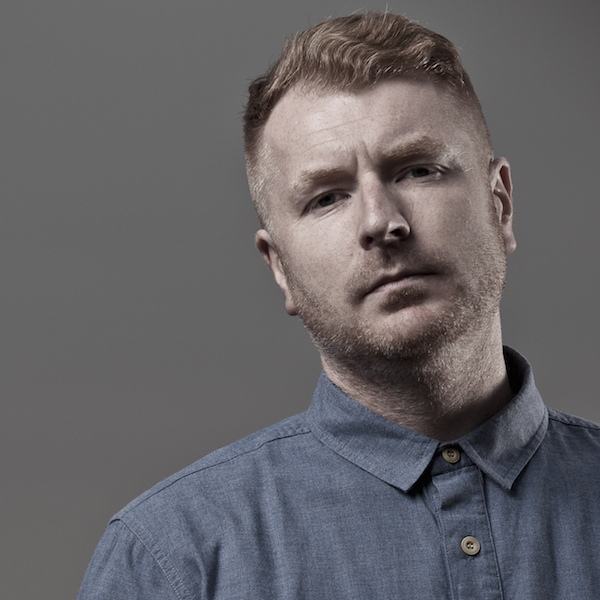 At the forefront of the deep house scene for the past two decades, Jimpster celebrated 20 years at the helm of his Freerange label in 2016. His work on remix duties this year was nothing short of spectacular, with heavy re-rubs of Mr. V’s ‘Something Wit Jazz’, thatmanmonkz’s ‘Take U 2 My House’, Tim Toh’s ‘All I See’ and Marc Romboy’s ‘Elif’. A living legend in the game. In a career that has spanned almost two decades, Canadian DJ and producer Fred Everything had one of his most prolific years to date in 2016. Everything he touched seemed to hit the right chord within the underground, with a high level of consistent releases throughout the past 12 months.

Starting the year with a bang, his ‘O/Her’ EP on Atjazz Record Company set the bar very high, but Fred obviously knew he had a few more tricks up his sleeve in 2016! Hit after hit followed, including ‘Believe’ and ‘Searching’ on Defected, his remix of Anoimaly’s ‘La Blessure’ on Supremus Records, plus the outstanding EPs ‘Les jour paresseux’ Parts One and Two on his own label Lazy Day Recordings. Fred’s label also had an outstanding year, with stellar releases from Atjazz with ‘Hayden’s Dance’ and Shur-I-Kan with ‘Staying In’ and ‘Deep In My Heart’.

With a DJ schedule that took Fred across the globe in 2016, it’s easy to see why promoters far and wide want to capture his effervescent energy that comes across so effortlessly in the music he purveys. A true legend in the scene and one that has stayed true to his roots, no matter the latest fly by night trends that can turn the heads of the less devoted disciples to deepness.