We at Traxsource are very proud of our Afro House music section. In fact, we’re the only download website in the world that has this specific category for you to find all the latest Afro beats from around the globe in one easy place. 2016 has seen some truly amazing music come from the scene, so here is our guide to our Top Afro Artists of the year. 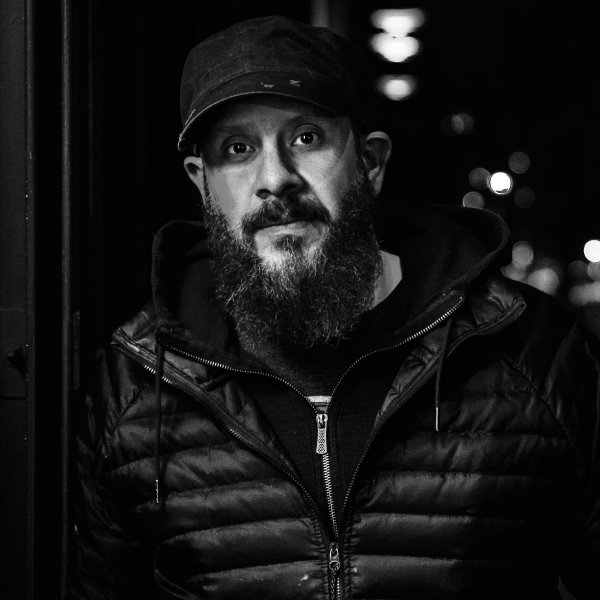 NYC’s very own Salivas Commandos had a truly prolific year on the Afro scene in 2016, with a unwaveringly consistent schedule of releases on Sweatin, Vida Records, Double Cheese and his own imprint IN:COMMAND. Big tracks included ‘When I Was Puerto Rican’, the bumping ‘NY Underground Express’ and the old school influenced ‘We Call It House’. 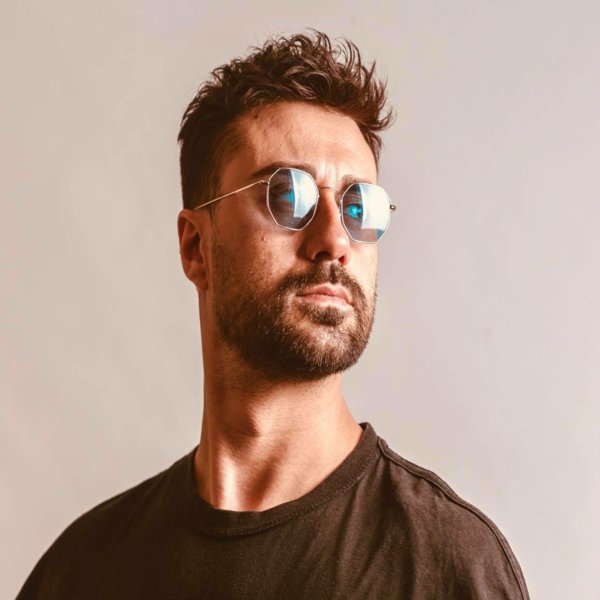 Vida Records co-owner Cristian Vinci enjoyed a great year as a producer in his own right with further releases on Nulu, United Music Records, Safe Music and Sunclock. His ‘Son Sol’ release was the ultimate carnival creator, whilst ‘Ingoma’ took things deep back to the roots of the underground. Eclectic and prolific. 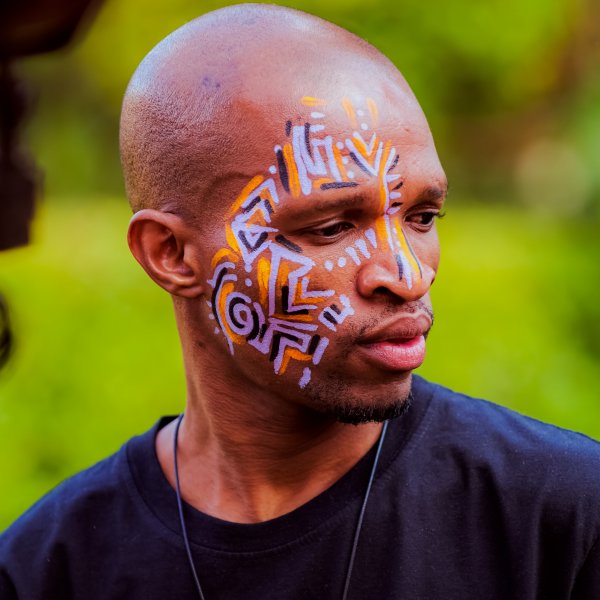 Durban remixer and producer Enoo Napa grabbed 2016 by the horns with his hypnotic blend of afro beats and blissed out vocals. With big releases on Open Bar, Arrecha Records and Bodikela Recordings, his stand out tracks including the sublime remix of Mi Casa and Pascal Morais’ ‘The Power Is You’ and ‘High in Your Love’ on MoBlack Records. Kolour Recordings and Open Bar Music label boss Oscar P is already a legend in his own right, but that didn’t see him rest on his laurels in 2016. On the contrary, his release schedule saw a plethora of heavy tracks on rotation throughout the year, with ‘Que Pasa’ and ‘Witness’ particular stand outs in another sterling 12 months at the helm of two of the busiest record labels on the Afro scene. 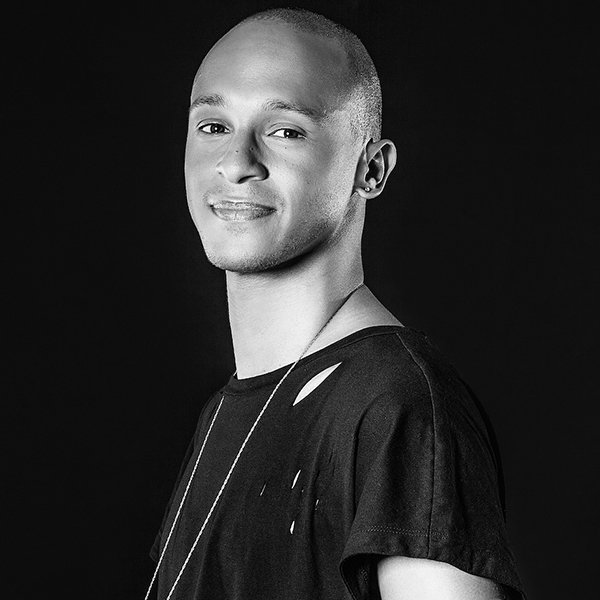 Portugal’s very own Djeff Afrozilla and his superb imprint Kazukutu Records really left a mark on 2016. Big releases on other labels included ‘Alright’ and ‘Keep On Smiling‘ on Zepherin Saint’s Tribe Records, whilst his remix of Alsarah’s ‘Yanas Baridou’ on Wonderwheel was a big hit on the world’s underground dancefloors. 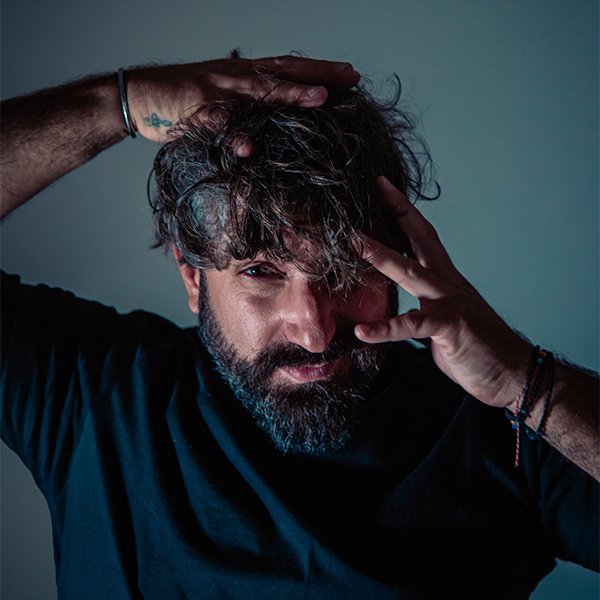 Straight outta Greece, Christos Fourkis enjoyed a sterling 2016, with a slew of releases on a wide range of labels including Vida, Disguise, Be Adult Music and Uno Mas Digital. Big tracks this year included ‘Beats & Djembe’ on Retrolounge, ‘Doumasi’ on MoBlack Records and his outstanding remix of Alpha K’s ‘My Dream’. Los Angeles DJ and producer Jose Marquez was firing on all cylinders throughout 2016, with big releases on the legendary Fania Records, plus Wonderwheel, Sunclock and On The Corner. His remix of Penya’s ‘Acelere’ was totally sublime, as was his re-working of Will Colon and Hector Lavoe’s ‘Aguanile’. 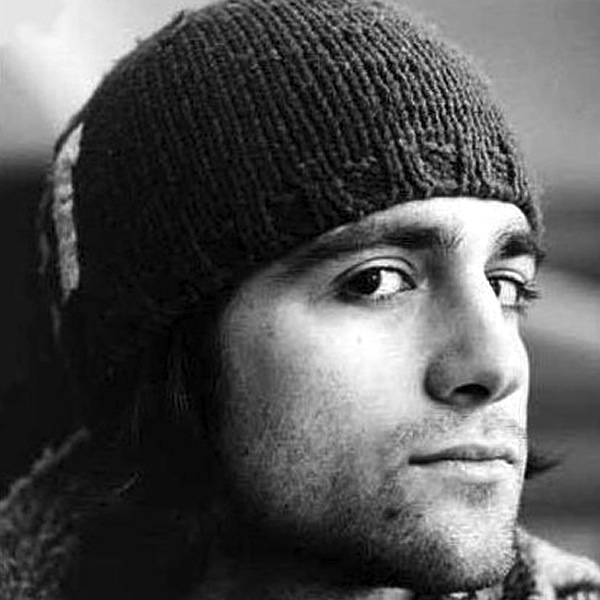 Cabana Recordings label boss Justin Imperiale absolutely smashed it in 2016, with a seriously impressive release schedule throughout the year. Stand out tracks included his sumptuous re-rub of Exte C’s ‘My Way Back’, plus ‘Bai’O’ and his blissful piano remix of Doug Gomez’s ‘Pure Vida’, all on his own label. 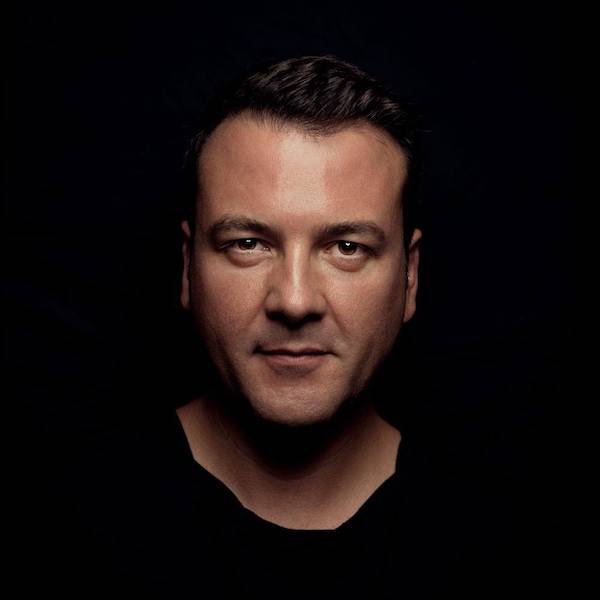 Continuing to build on his legacy in the scene, DJ and Producer Kiko Navarro had another outstanding year in 2016. With big releases on King Street, BBE, Big Box Recordings and unquantize, his remix of Kultissime’s ‘Don’t Stop (The Music)’ and his serious vocal workout with Julie McKnight on ‘All Because Of You’ really hit the spot this year. One of the key players on the afro scene, London Town’s Zepherin Saint kept it tight and polite in 2016 with a stream of heavy hitting releases on a number of labels, including his very own Tribe Records and Tribe Trax. Big tunes included the Afro-tech crossover ‘Canima’ featuring Adama and his sublime remixes of Tumelo’s ‘I Fantasize’ and Melohman’s ‘Stronger’. 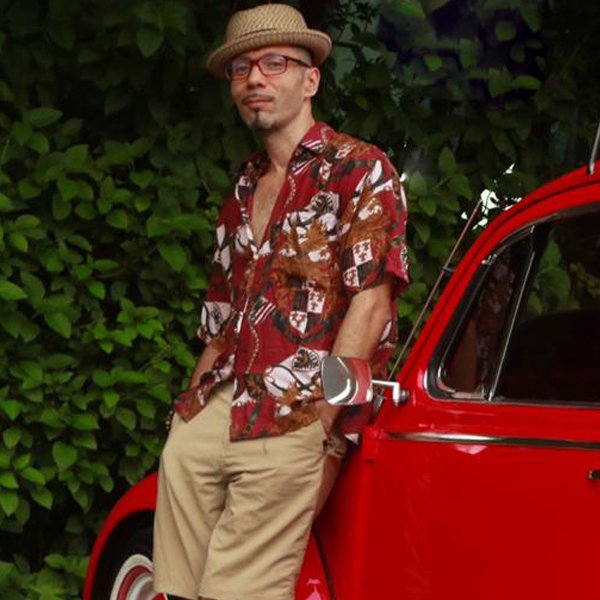 New York City’s Doug Gomez worked wonders at the desk in 2016 and finished the year in fine style with his remix of N’dina Gaba’s ‘Beautiful’ hitting the Traxsource number 1 spot. Other big releases this year included ‘Collares’ on MoBlack Records, ‘Disruptive’ with Ayaba on Tambor Music, ‘Barrio Soul’ on United Music Records and the amazing ‘Warriors Dance’ featuring Martino on Offering Recordings. Offering Recordings empresario Boddhi Satva absolutely slayed 2016 and with so many great releases, it’s a surprise he managed to fit them all into 12 months! Trying to choose stand out tracks from such a diverse body of work is tough, but we’ll plump for his ‘Sweet Brown Sugar’ with E-Man, ‘Skin Diver’ with Teedra Moss and ‘Xe Mana Bella’, all on his own sublime imprint Offering Recordings. 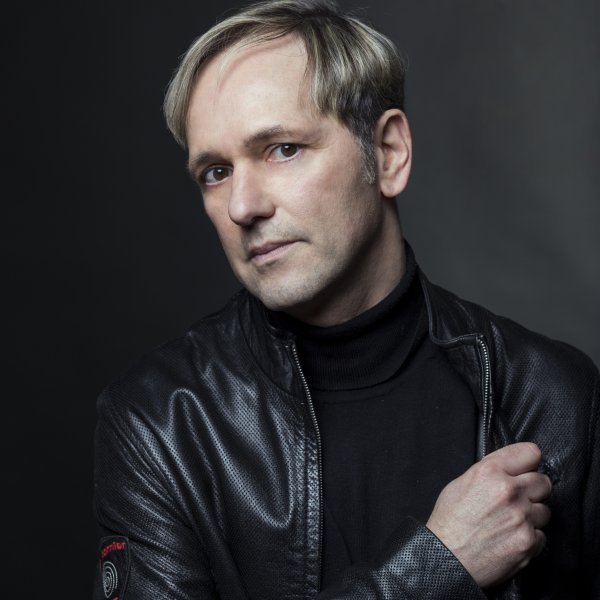 A name that has been synonymous with quality underground music for over two decades, Italian DJ and producer M. Caporale enjoyed another sterling year in 2016. With big tracks such as his serious remix of Afrodyssey Orchestra’s ‘Fela’, his work with Mark Di Meo on ‘Sambe’ and his re-rub of Justin Imperiale’s ‘Pulse of Life ’, it seemed that everything Caporale touched this year turned to gold. 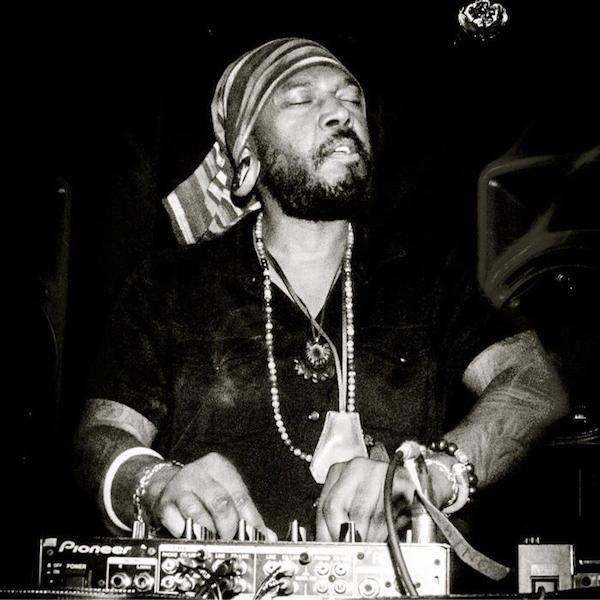 A DJ and producer who needs no introduction, Osunlade is almost a dance music movement by himself. His Yoruba Records imprint has been internationally renowned since it’s very conception, but 2016 saw no rest bite in Osunlade’s remix schedule. Huge re-rubs this year included OVEOUS’ ‘Never Fall’ on Moca Arts, Cassy’s ‘Feel’ on Aus Music, Indigenes’ ‘Da Hoti’ on Djoon Experience & Mike Steva’s ‘Pelagonia’ on Yoruba Records. Legend in the game. Pitch perfect and prolific is the best way to describe N’dinga Gaba’s 2016. He had his hand in some of the afro scenes biggest tracks of the year, many of them released though his very own Global Diplomacy label. Big tunes included the monster ‘Loving That I Needed’ featuring Sabrina Chyld, the sexy sounds of ‘Back Underground’ with Saara Maria and ‘Beautiful’ with Josh Milan and Jaidene Veda. Firing French DJ and producer Manoo just keeps on getting better year on year. One of the main players in the Afro scene, 2016 saw a slew of releases on Nulu, King Street, Quantize and Compost Music. Big tracks included the massive ‘Soy Latino’ that saw Louie Vega pop up on remix duties, his hypnotic re-rub of E&P’s ‘Sundroina’ on Moodmusic and his dark and delicious interpretation of MA/JI’s ‘Unchain’ on Djoon Experience. Always flying the flag across the globe for the Afro scene is the legendary South African DJ and producer Black Coffee. Rightly revered both at home and abroad through his exquisite productions and DJ sets, Black Coffee delivered his trademark sound worldwide throughout 2016, such as his amazing Traxsource Top 10 track ‘Deep In The Bottom (of Africa)’ with Monique Bingham. His hectic international DJ schedule is a true benchmark of how the Afro sound has grown over the past 12 months. Legend. Another fantastic year from Pablo Fierro, whose Afro-centric production talents continue to mesmerise the world’s dancefloors. His Vida Records imprint is one of the scenes most important labels, firing out heat from Oscar G, Cristian Vinci, Kyodai, Carlos Francisco and the main man himself, whilst his remix of ‘Los Pueblos’ on DFTD was the Traxsource Number One Afro Track of 2016. Outstanding. 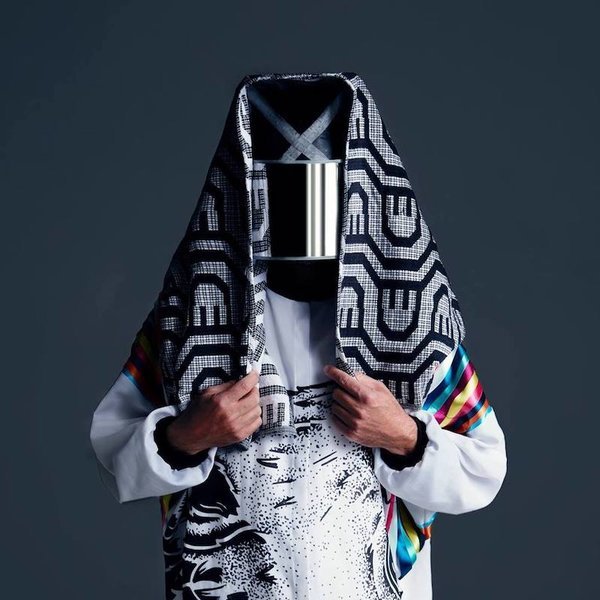 What a year for Hyenah, who really let his music do the talking in 2016. With an identity surrounded in mystery, the producer burst onto the scene in 2014 and is now regarded as one of the most cutting edge beat creators in underground music.

This year alone has seen Hyenah push out some of the most interesting music in the Afro scene. With it’s tech-infused roots, Hyenah’s 2016 saw releases on such legendary labels as Freerange, Poker Flat, Akbal, Toy Tonics and Systematic, with many of his tracks finding their way into the sets of Dixon, Black Coffee, me and Mano le Tough to name but a few.

His remix work over the past 12 months has seen re-rubs of such luminary artists as Jimpster and Miguel Puente, whilst Keinemusik’s Rampa and Manoo have flipped two of Hyenah’s cuts on Freerange in 2016.

In only 2 years Hyenah has created a real stir in the underground dance music scene and it’s refreshing to see an artist turn the heads of so many top-level tastemakers in such a short space of time. A real inspiration for all up and coming producers across the globe, proving that hard work and talent can really pay off in underground scene.