2016 was another great year for the Jackin House genre. From its roots in the Chicago house sound, Jackin has now spread worldwide, with new producers bringing in different elements and influences, mutating and progressing the sound. Always based on skippy, heavily swung beats and a huge helping of funk, the Jackin scene contains some of house music’s most consummate professionals, players who run labels, put on nights, and release the tunes that keep the scene alive. So here it is, the Traxsource Top 100 Jackin House Artists of 2016. 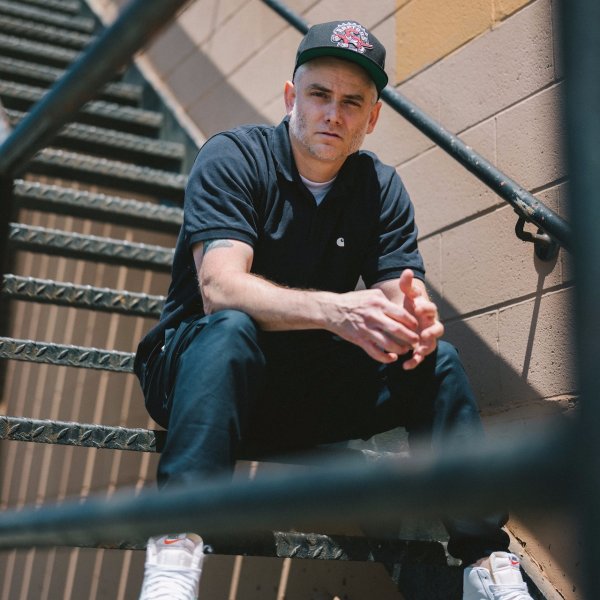 Toronto based Jason Hodges is one of Jackin’s most talented producers and has some of the deepest b-lines in the biz! His remix of the Inland Knights’ ‘Listen’ (Frosted) was a match made in Jackin heaven and showed how Hodges is still king of the low-end funk. His dark and moody re-rub of Farina’s massive ‘C’mon Playa’ was also a big success for Jason this year, and one that guaranteed club carnage whenever it was dropped.

One of the most creative and exciting artists in the biz, Ed The Spread is the pride of the nu-school class of Jackin House producers. 2016 saw him crank up that creative genius and put out some of the most seriously sexy Jackin House heard all year. ‘The Many Faces Of Ed The Spread Vol. 1’ on Doin Work was a particular favourite of ours but there were plenty more we could also point to. We can’t wait to hear what he comes up with next year. Carlos Sosa aka DJ Sneak, was part of the 2nd wave of Chicago house producers & has been killing it since the mid-90s. Sneak is rarely out of the news for long, sometimes for his music, sometimes for other reasons – but love him or hate him, he’s still turning out badass house music, on some of the best labels, including his own highly successful Magnetic & I’m A House Gangster. Check out his awesome re-rub of ‘House of Love’ from Fomo, or his funki-tech EP for Guesthouse ‘Just Play the Music’ & you’ll hear why. 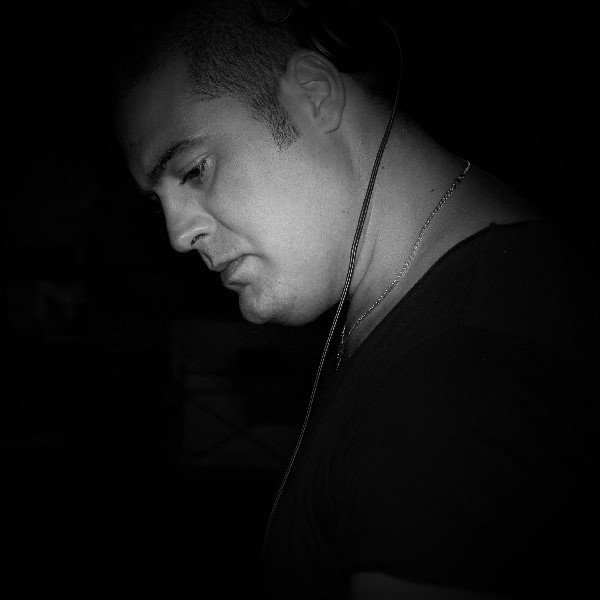 It’s been an exciting 12 months for rising Sicilian star Alessio, who dropped two huge funk-filled bombs in the shape of his ‘Disco Rhythm’ on Cruise Music and the brilliant 90s referencing ‘B-Side’ on Juiced. Both tracks made a big impression and we’re expecting Alessio to have an amazing 2017! 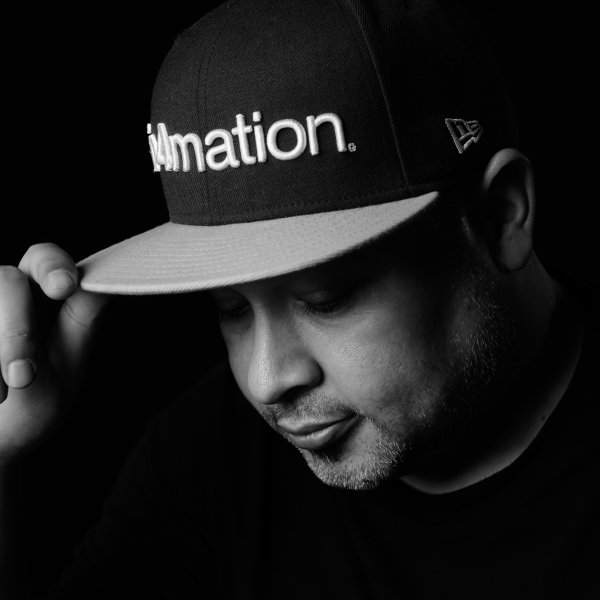 California’s very own Arturo Garces is a record collector, DJ, label manager and purveyor of straight up underground beats. Arturo’s 2016 consisted of a series of big releases on solid labels like Jump, Cross Section, Robsoul, Doin Work, and 294. His ‘Slay Forever’ on Mood Funk was another one of those great Jackin tracks that brilliantly relocates a couple of old soul samples in a brand new funky framework, and his ‘Modern Circuitry’ EP for Doin Work also pulled the same trick to great effect. 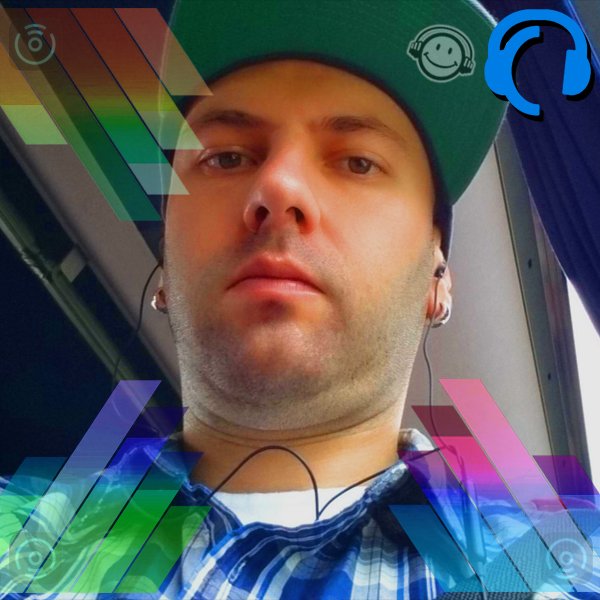 Ginkgo Music boss and all round Jackin hero Chemars has been in the scene for a while now, with over 200 releases on more than 50 labels (!), and shows no sign of slowing down. Check out his ‘Summery’ or ‘Real Slick’ on Ginkgo for a taste of his dark-garage take on the Jackin sound. We thought that Chemars’ ‘One Man Crowd’, also on Ginkgo was also a great example of the man’s consistent talents. 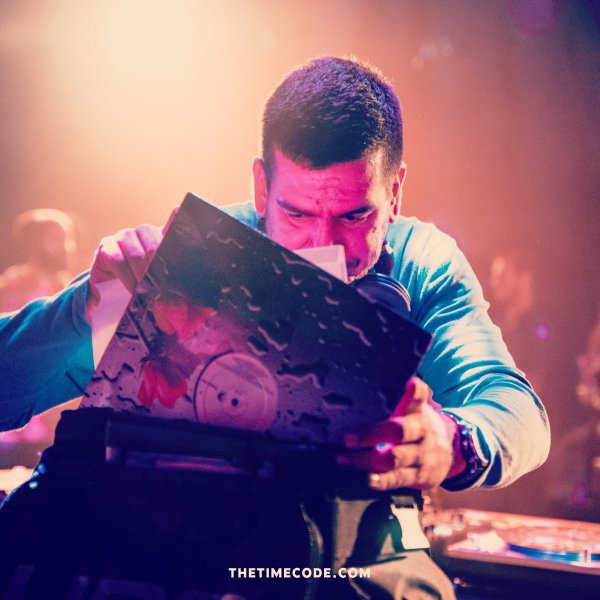 Cleverly combining snippets of old funk, soul and disco records with solid Jackin beats and bubbling basslines is Serbian producer Makito’s particular talent, and he’s spent the last 12 months doing this to great effect on a variety of labels. A couple of EPs on Pocket Jacks Trax and a brilliant 2 tracker – ‘The Beat’ – on Fogbank particularly stand out as excellent examples of how to give a sharp, modern twist to dusty old funk samples. 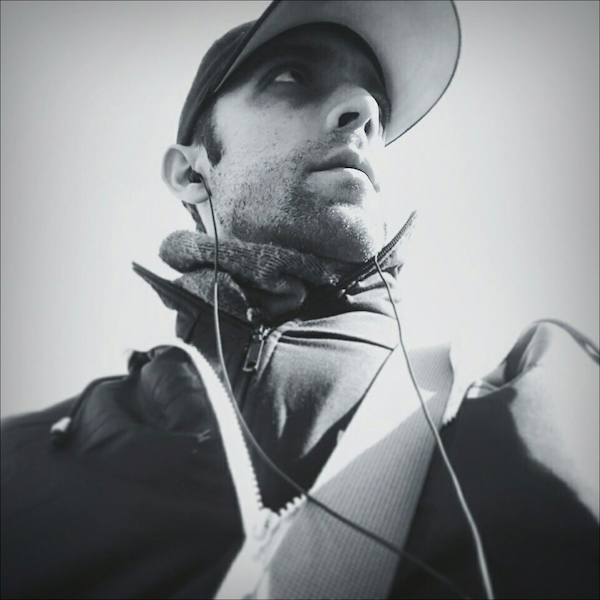 Switzerland’s Mario DJust is quickly gaining a reputation in the Jackin scene as a producer to watch and has had a stellar 2016, with huge releases on some of the most well-respected labels. We loved his ‘The Goodness’ on Fogbank, and both tracks on his ‘Flashback’ EP on Mood Funk were just sublime. The classy ‘Don’t Worry (Mother)’ dropped in September on Bid Muzik, cementing a great year for Mario. The enigmatic, versatile Delgado is one of Jackin’s hardest workers, with an enviable output. 2016 saw him put out a steady stream of music throughout the year, a major highlight being the excellent ‘Wanna Get’ which dropped on J Paul Getto’s Fogbank label. Our picks were the funk-fest ‘Hurt Me No’ on Jaded and the moody, bass-heavy ‘Baby What You Do’ on Monkey Junk.

One of the world’s best DJs, peerless producer and Chicago Jackin House ambassador, Mark Farina has done more than anyone to keep the Chi-town swing alive and well. We’re big fans of Mr Farina’s productions, his fantastic Great Lakes Audio label and the fire remixes he dropped this year for the likes of Demuir, Jason Hodges and 1200 Warriors. If we had to pick one Farina track for 2016, we’d go with his massive ‘C’mon Playa’ on Doin Work, which smashed up dance floors the world over. 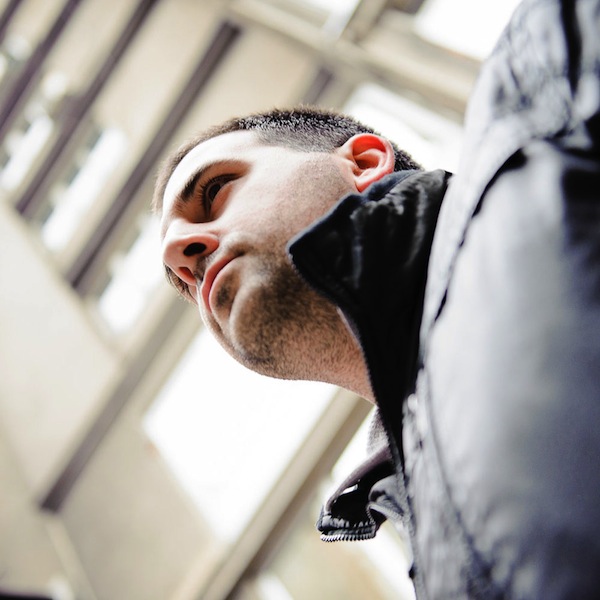 Guesthouse regular Mark Funk has smashed up 2016, with a steady succession of house heavy hitters. Various releases on Guesthouse and Doin Work hit particularly hard for Mark this year, including a killer collaboration with Danny Cruz on ‘Givin’ My Love’, and all featuring that twisted disco, relentless Chi-town drive. 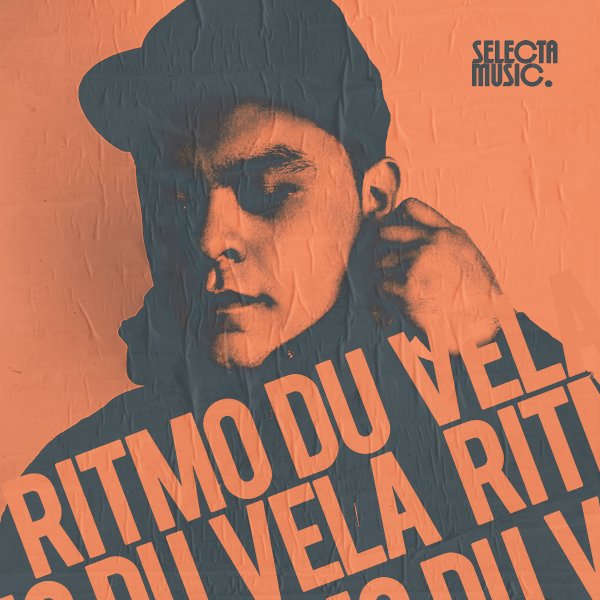 Fresh young talent Ritmo has been slaying it this past year, and is responsible for some of the most ferocious beats in the game! Mexico’s top Jacker, he’s put out a slew of big underground tunes in 2016 on i! Recordings, Boogiemonsterbeats and Nite Grooves. Check out his ‘Groovin High’ EP (Nite Grooves) for some perfectly combined jazz samples and supa-bad jacked up beats. 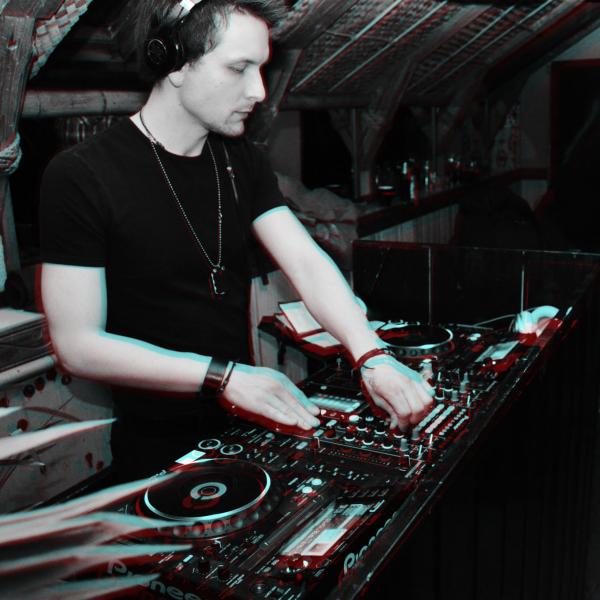 Norwegian DJ / Producer Ruben Naess is another name you can depend on to serve up the Jackin goods. With a steady string of quality and funky releases this year, Ruben stretched the Jackin template to its limits, his ‘Acid Dream’ (on his own Pocket Jacks Trax) marrying skippy beats and 303 acid squelches. We also really liked his releases on Frosted and Mood Funk, both showcasing his tech-influenced sound. 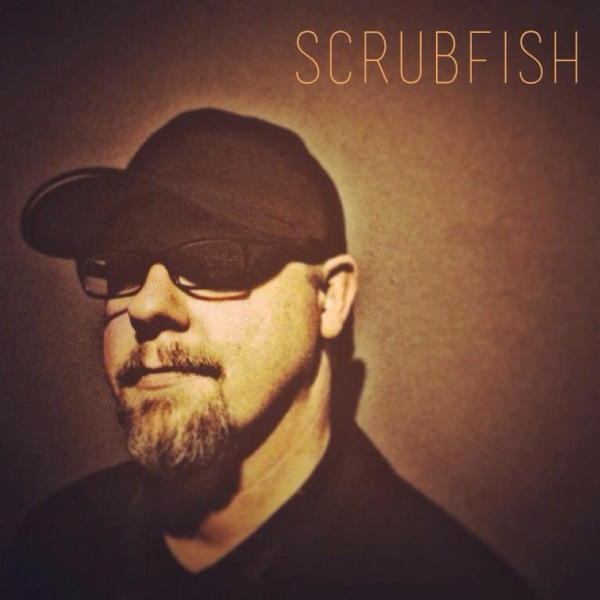 Chicago’s Scott Kammer is clearly one of the most technically gifted producers in his class, a master of generating serious energy through his beats. He dropped two big stand out tunes this year, his ‘Blue Eyes’ and the joyous ‘RIng Toss’, both of which he released on his own Lutefisk label. We’re really hoping to hear plenty more from Mr Kammer in 2017 Demarkus Lewis has been putting out quality house music for enough years now to be able to approach any style or genre with class. The Dallas based producer has also been successfully running the brilliant Grin Trax too, as well as keeping up an international DJing schedule. This year, his ‘Gruv Select’ on Doin Work really caught our attention and his Willie Hutch sampling ‘Work It Out’ on Frosted was an absolute killer too. Guesthouse boss DJ Mes can always be relied on to turn out the deep dance floor destroyers and 2016 has been no exception. He’s been pounding out releases on Gene Farris’s Farris Wheel, Mood Funk and of course, the ever reliable Guesthouse. Among a slew of great tracks, his ‘Feel Like Getting Down’ on Mood Funk particularly stuck out. Tommy Largo is well known for his total commitment to house music, and his raw, underground, and uncompromising sound. Tommy puts out firing product under a number of aliases, but all his production are always guaranteed on point. We particularly liked his ‘How Ya Feel’ and ‘Deep Grind’, both of which dropped on his own Deepjacking Recordings. Quality gear from a quality producer. For a producer who started making tunes on his Playstation when he was 12, Angelo Ferreri has come a long way, to his current status as one of the Jackin scene’s most prolific and well-respected producers. In addition to a string of perfectly polished releases (including the driving ‘How You Doing’ on Ocean Trax and his killer funk-sampling ‘Restless Beatz’ EP), Angelo also started his label Mood Funk this year and is building up an impressive artist roster featuring the likes of DJ Mes and FIlta Freqz. We also loved his ‘State of Disco’ EP which dropped on Nervous in the summer and instantly put a smile on the face of everyone who heard it. We’re looking forward to what Mr Ferreri is going to serve up in 2017. This was definitely the breakout year for fresh-faced Spanish duo Iban Montoro & Jazzman Wax who spent 2016 releasing a steady stream of forward-thinking tech influenced Jackin tracks. They kicked off the year launching their own MoodyHouse imprint in January and struck immediate success with their first releases, including their own Rainbow EP which picked up some serious DJ traction. A full-length album on Great Lakes Audio, their H.O.U.S.E. did really well for them too, and showed that they could stretch their talents out across a whole album project. Their ‘New York’ EP on Fogbank, was one of their more underground EPs this year, taking the relentless, heads down elements of Chicago house and distilling them down to their bare funky essence, a trick they repeated in a slightly more laid-back style on the ‘Rock Skate’ EP which dropped on Robsoul. Awarded Traxsource.com’s #1 Jackin House Producer in 2015, Demuir has kept up the pressure in 2016 with a string of productions that pretty much define the genre. Aside from the triumph of his full length album ‘’TruSkool’, where Demuir got to showcase the full range of his production chops , the ‘Vibe’n On King Street’ EP (Nite Grooves) is another superb example of his sound: smart sampling, tight, heavily swung percussion, a contemporary production sensibility and bags of dance floor swagger. Demuir is a prolific producer and it’s hard to pick out single stand out tracks – but a mention has to go to his killer 5 track ‘Jackified’ EP on Sneak’s I’m A House Gangster, and the relentless ‘Where You Want Me’ EP on DJ Mes’s Guesthouse. Consistent throughout 2016, he’s finished off the year with the sublime funk of the ‘Roots of House’ EP on Simma Black, and his glitter ball tinged ‘Derek Does Disco’ EP on Great Lakes Audio, both of which are currently setting dance floors alight worldwide. Aside from his own productions, Demuir has also found time to continue running his successful Mikita Skyy label too.

Demuir’s productions embody exactly what we love the most about the Jackin sound – they’re supa-funky, club-friendly and simply irresistible. For us this year, Demuir couldn’t put a foot wrong and that’s why he’s got the #1 spot for the second year in a row.